This is Book 1 of a fantasy series that will have six books in all. In this book learn about the three children of King Gateskin and his wife, Queen Solinara. The children have had powers since they were quite young..

Serena was three years old when she learned of her power to move objects with her mind. Her brother, Simon, can fly and their sister, Catalina, can become invisible or blend into her surroundings. They live with their parents in Sovorotskina, the Land of Light.

With these powers comes responsibility. The children must try to use their powers for the common good and responsibly to help others. The three children befriend a Sprite named Spindle who accompanies them on their adventure. Along the way they meet up with their aunt and uncle, their mother’s brother and his wife, Wizard Hotenfaran and Fairy Procelina. The group must travel into the evil land of Parotovina, Land of Darkness, to save King Gateskin, who was kidnapped, and also rescue some of the descendants of their friends and fellow Sovorotskinans who were captured and taken by the Evil Ones. These descendants have been waiting a long time to be free to return to the villages of their ancestors.

The children have many trials and adventures along the way. Will they be able to rescue their father and fellow Sovorotskinans without endangering their own lives? Will the evil King Kaposkaran and his Queen Beregina stop Serena and her siblings from being successful or will they turn Serena and her siblings to their dark ways?

The Taken are the children of the Provence of Noella who have been missing from their homes for many, many years.  They were captured by the Parotovinans to be raised under the evil king wizard.  Now, King Gateskin of Sovorotskina, Land of Goodness and Light, through his wizardry learns that the Evil Ones are planning to capture the children of the Provence of Noella once again.  With the help of his children, a tree sprite named Spindle, wizards, and fairies, King Gateskin goes to Parotovina to gain release of the Taken Ones. Along the way they will encounter dangerous situations.

Those who enjoy stories of wizards, fairies, sprites, and adventure will find this un-put-downable! This is not my normal genre, but I was mesmerized. The characters are beautifully detailed, and the plot is captivating.  The Legend of the Taken Ones: Gateskin Chronicles, Book 1 is a five-star book!

The author gifted me an ARC and I have given my honest review. 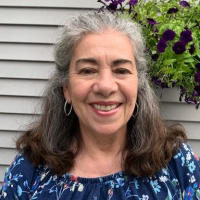 Janice has published three novels under J. E. Spina, Hunting Mariah, a thriller/mystery, (Finalist in Authorsdb First Lines Contest), Mariah’s Revenge (Sequel to Hunting Mariah), also a Finalist in Authorsdb First Lines Contest), a paranormal/mystery/romance novel, How Far Is Heaven, and a short story collection, An Angel Among Us, all available on Amazon and Barnes & Noble. She is working on more dragon books, and Book 6 of Abby & Holly, a mystery series for MG/PT/YA girls to be published in 2020. She needs to edit a YA fantasy series which will be published in 2021 and beyond. Her husband is her illustrator and cover creator. He’s working on book 3 of six books of Drystan the Dragon series for children which be coming over the next few years.

She has written over a hundred poems and two other novels. The two novels need editing before publishing. Janice says, “There is always another story swimming around in my head. If I don’t write them down they are lost forever.”

Her logo is JEMSBOOKS for all ages on which is her motto:
“Reading Gives You Wings To Fly! Soar with Jemsbooks!”

Janice’s and John’s joint goal is: To encourage children of all ages to read and to instill this love of reading in them to carry them throughout their lives and thus giving them ‘wings to fly!’

She loves to hear from readers and appreciates reviews. She says, “It’s like Christmas each time I receive a review!”

Connect with the Author