This wasn’t the way things were supposed to turn out. The 45-year-old successful career woman, wife and mother traveled to the island paradise for solitude and a much-needed break from her family. But a chance encounter with a fellow traveler sparks a powerful attraction, forcing Ellen to make a decision that could change her life forever.

Against an idyllic backdrop of white sand beaches, azure waters and lush palms, Ellen struggles to subdue a firestorm of emotions. David, the father of three young children, confronts the fault lines in his own marriage that lead to a stunning revelation.

Their relationship unfolds as David’s family gathers on Sanibel to celebrate his parents’ 50th wedding anniversary. Tensions are running high. David’s mother is worried about her husband’s strange behavior and inexplicable memory lapses. His sisters, Julia, an over-achieving corporate exec, and Maggie, a hard-partying renegade who just announced she’s gay and leaving her husband, haven’t spoken for months.

On the island, a small congregation battles to save a beloved seaside chapel to make room for a lavish oceanfront mansion. Ellen takes up the cause when she meets 76-year-old Liz Taylor, a vivacious widow with a sparkling wit and a secret passion of her own.

Linda Abbott’s love for Sanibel Island shines throughout Ten Days in Paradise, a compelling and heartfelt novel that masterfully explores the inner landscapes of marriage and family relationships.

TEN DAYS IN PARADISE is Linda Abbott’s debut novel.  Uncharacteristically for me, I found it difficult to “get into” the book. It took about until about chapter 39 (half way through the book) before I felt connected to the story.  However, I am happy I stayed with it, because the second half was a very enjoyable read.

What I liked – The story centered on David’s family gathering to celebrate his parents’ 50th anniversary on Florida’s Sanibel Island. Even though there were differences between David’s sisters Julia and Maggie, David played mediator all the while he and his wife Marianne were at odds over how to raise their children. There was also a huge amount of personal time given by Ellen using her resources and knowledge to help save the chapel.  When the story came together, I found that the characters had found a way to resolve their challenges, though you may be surprised at the outcome.

What I didn’t like – I felt there were too many characters and subplots, and I would have preferred to concentrate on fewer people and fewer issues.  With so much going on, it would have been better for me, if the author had concentrated on just a few of the subplots, and saved the rest for development in another book.

Since my likes outweigh dislikes, I am giving this book three and a half stars.

To read a sample chapter, click on the following link: 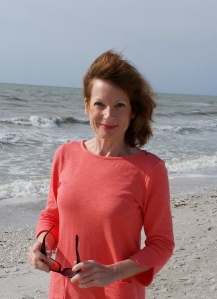 Linda Abbott’s love for Sanibel Island shines through her debut novel, Ten Days In Paradise. Though she worked for many years as a professional writer–first as an award-winning journalist and then in public relations–Linda is a late bloomer to fiction. She found the muse while vacationing on Sanibel, where she wrote the opening chapters of her novel. Linda’s writing career took another turn last year when she founded Never Forget Legacies & Tributes to write life storybooks for individuals and families. She feels blessed to have two new careers and can’t wait to get started on her next novel. A Chicago native, she lives in Middleton, Wisconsin with her husband.

To purchase the book: Amazon

every story has an impact, each tale matters

Life from the Tail End

I read lots of books, from mythology retellings to literary fiction and I love to reread books from childhood, this is a place to voice my thoughts for fun. I also like to ramble about things such as art or nature every now and again.

Welcome to my big family! I make posts about personal and business growth. Your smile is my inspiration ❤️