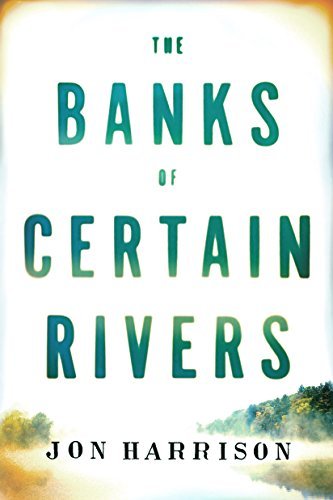 THE BANKS OF CERTAIN RIVERS will draw you in immediately with its backstory where we meet Neil Kazenzakis (Mr. K), husband, father, friend, teacher, coach. It is here that we learn first of his wife Wendy and son Chris, and the terrible accident that Wendy has in a swimming pool that left her in a permanent comatose state. Their son Chris, an eighth grader, witnessed the accident.

We move forward a few years and find that Neil has more to deal with than seems humanly possible.  His wife Wendy remains in a nursing home, he and Chris both are still struggling to move on, and he is caring for his mother-in-law Carol, while at the same time, maintaining her home.  On top of everything else, Neil has fallen in love with Lauren, the nurse taking care of Carol.  Neil must tell Chris, but fears it is more than a young person can handle given the state of his mother’s health.  Add to all this is a video that went viral showing Mr. K knocking a student to the ground. Can he prove his innocence and that the video is a fake?  With his job and reputation on the line and Chris’ loss of respect for him after Neil tells him he has been in a relationship for two years, Neil feels his life is spiraling out of control. With the determination and help of understanding and caring friends, Neil is able to move forward.

I don’t like spoilers, and this book is difficult to talk about without revealing too much. It is well written with a plot that will keep you turning the pages. It is about love and redemption, loyalty and trust.  It is about putting what life throws at you into the proper perspective and getting on with one’s life.

The characters were so well developed that I felt an immediate bond with each one.  I wanted Wendy to recover, and at first didn’t like Lauren because I felt she stood in the way of that recovery. I wanted to hug Chris and help him through the murky waters of grief, sadness, distrust, and disappointment.  It was so much to put upon a teenager.

There is no doubt in my mind that this is a five star book.  Once I started reading, I was unable to put it down.  With so many layers to the story and personalities elaborated so beautifully, this is one book I wholeheartedly recommend.

Born in Michigan, Jon Harrison studied English literature and geological sciences at Ohio University. A lover of the outdoors, he moved to Jackson Hole, Wyoming, in 1994 and has lived there ever since. When not writing, he enjoys skiing, running, and climbing.

The Banks of Certain Rivers is his first novel.

Buy The Banks of Certain Rivers

I was fortunate to have the opportunity to meet Jon Harrison at Books by the Banks. Shown here on the right with author Catherine McKenzie on the left.

5 thoughts on “The Banks of Certain Rivers by Jon Harrison”